This week the Sundance Film Festival is in full swing in Park City, Utah. The festival continues to grow in popularity and importance each year. The award ceremony will be held on Sunday at 7 pm MT time. You can see it with live-streamed at www.sundance.org/live.

This year there was a record number of short film entries. The entries were narrowed down to 64. Today we are spotlighting clips from a few of the winners. Enjoy.

The first is the Jury Prize in Short Filmmaking, Fishing Without Nets.  This is the story of Somaili pirates told from the perspective of the pirates themselves.

The Return, winner of Jury Prize in Short Film, International Fiction, tells the tale of a man locked away in a Serb prison and his return to his family 4 years later after being declared missing.

This picturesque film, The Tsunami and the Cherry Blossom, won the Jury Prize in Short Film, Non-Fiction.  Here we see the beauty of Japan’s most revered flower inspiring its people to persevere amid a sea of destruction.

For more information about these films and the other films of Sundance be sure to visit their site at www.sundance.org.

Food in Films: Our Officially Unofficial List of the Best Foodie Movies

9 Things to Stream Now to Transport You 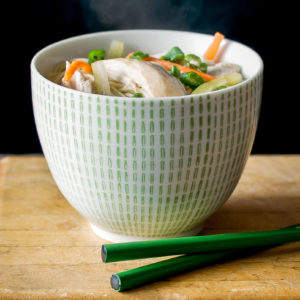 Treat of the Week: Cheery…