As a boy, I spent the entire summer outdoors. My days were filled with baseball, walking to the lake, riding bikes, and kool-aid stands. Summer meant taking advantage of three months of the longest days of the year. We packed every single day with fun… right up until the street lights came on, which indicated it was time to be home.

Even when I was required to stay close to home, there was plenty of fun to be had. All that was really necessary was some chalk and a ball for four square. Of course, some of the kids would draw or make hearts around the name of their latest crush. The crushes never lasted long, but neither did the chalk. One quick summer rain would erase any evidence.

We used a snow cone or ice cream cone holder as our mold. This creates a point on one end and a very broad tip on the opposite end.

Be sure to plan accordingly. This requires some drying time.

Pre-mixed tempera paints will not work the same way. Stick with powder.

Making it yourself means you have more control over the colors. Pre-made sidewalk chalk is typically lacking black, for example.

Experiment by pouring two colors into the mold at once creating a swirled chalk.

For a cylinder, cut a toilet tissue roll lengthwise, overlap the edges creating a tube that is 1 inch in diameter and reseal seam with some duct tape.  Stand upright on a tray and fill.

The materials we have listed are for one mold. We only made one color of each.

Treat of the Week: Peaches and Cream Pound Cake Panini

Cocktail of the Month: Watermelon Cooler

Saying Thanks After the Holidays: Printable Thank You Template

Cocktail of the Month:… 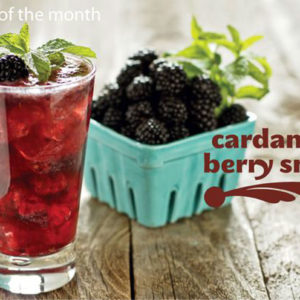 Treat of the Week: Chocolate… 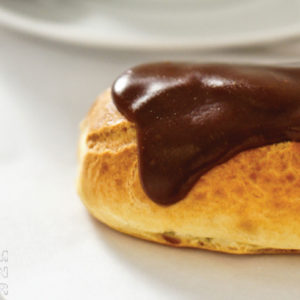 Treat of the Week: Chocolate Eclair