Tomorrow people all over the country will be celebrating pierogi. Truth be told, the majority of those people will be in the midwest or northeast, but the popularity of pierogi has spread across the nation. Just about anywhere that has a large Polish population has pierogi.

The pierogi or pierogi is similar to ravioli. However, the filling typically involves a mashed potato base and then other things are added after that. The one I remember the most from my childhood in the midwest was potato, caramelized onion, and cheddar cheese. There are many variations out there as you might imagine. In fact, as they have grown in popularity, more “American” versions have appeared including bacon and jalapeno. They are gone in just a couple of bites, but they are really good bites.

I use a food ricer to mash potatoes. Use whatever method works best for you.

Have a short bowl or glass of water handy to dab you fingers and very slightly moisten the edge of the circle cut out to help seal the filling inside.

A dessert version of pierogi can also be made, although I have never done it. I usually see these with standard pie fillings (cherry, apple) and served with some sort of sauce.

Be careful not to overwork the dough. Easy does it.

Making Sausage and A Quick Appetizer

Treat of the Week: Poached… 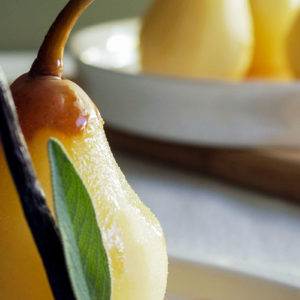