This is NOT a sponsored post. The fine people at Stemilt did send me some pears to use, but it was without pay or obligation. I say this only to tell you that I am proud to use fruit from Stemilt. I recently visited their orchards and packing facility in Washington and I was blown away by the passion they have for their work. This family has been providing top-notch produce for the nation for decades. It only takes a few sentences from the patriarch, Kyle Mathison, to feel his love for his company, his family, and his fruits. Years of research and development have led to a refined process and quality produce.

With the utmost care in packaging, my pears arrived without bruise or blemish and ready for their fate. Making this tarte tatin with pears and a select choice of spices makes it a simple dessert loaded with fall flavor. The juicy pears provide plenty of extra liquid idea for making a sauce to be used for the tarte or just over ice cream.

The pear slices can be placed in the refrigerator (uncovered) to dry out for a couple of hours if necessary.

Cooking the pears in a separate skillet allows you to manage the amount of liquid that gets transferred to the baking dish. Keep the extra liquid in the skillet to make the sauce.

I use pie crust for this dessert, but it is sometimes made with puff pastry. Need a pie crust recipe? Be sure to check out my Kitchen Basics: Pie Crust article.

If you have any sauce remaining, store it in the fridge for up to two weeks. Use it to top ice cream or add it to plain yogurt.

To learn more about pears, be sure to check out my infographic, Nest Essentials: Pears 101.

Treat of the Week: Saffron Bundt Cake with Cardamom Glaze, Blackberries and Almonds

Treat of the Week: Pumpkin and Dark Chocolate Mousse

Treat of the Week: Lamingtons 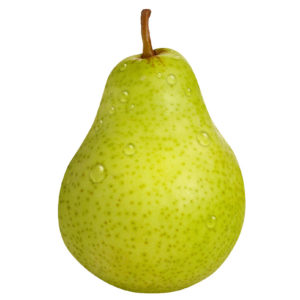 Treat of the Week: White… 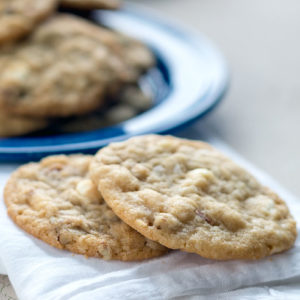