You need a drink.
Well, I need a drink. I’m just going to assume you do, too. It has been a very hectic (yet fun) holiday season and a little relaxation is in order. To get you through that last turn and into the home stretch we offer this month’s Cocktail of the Month:

The White Russian is among the most popular drinks in the country. This likely has to do with the fact that the ingredients are easy to obtain and it takes no special skills or tools to make. Beyond that, many find it the perfect libation for those who don’t like to drink much. While there is plenty of alcohol involved, the taste is smooth and almost makes you forget liquor is even involved.

The History
To understand the history of the White Russian you must have a look at its predecessor, the Black Russian or Russian. This drink came about sometime in the 1930s and was a simple concoction of vodka, which was then an import from Russia (hence the name) and a liqueur (coffee or crème de cacao). The drink was later adapted to include cream to the top and the White Russian was born.

The most widely held belief was that the drink was first published in the Oakland Tribune in November of 1965, but there is evidence to show that there was an earlier publication of the White Russian. The drink recipe actually appeared in a Southern Comfort ad in the Boston Globe in March of 1965. In either case, the drink became quite popular on the west coast and filtered its way across the U.S. in no time.

The Big Comeback
By the end of the 20th century, the White Russian had fallen out of favor among bar patrons except for a brief resurgence during the disco years. And then it happened… the film The Big Lebowski was released and gave new breath to the drink. In the movie, The Dude, played by Jeff Bridges, is seldom seen without a White Russian in hand. In fact, he consumes nine of them during the film. While the movie was a bit of a dud, in the beginning, it soon gained cult status, as did the drink.

Making Your Own
Our recipe is fairly straight forward. The drink is simple to make and best served layered. Pour the cream over the back of a bar spoon to keep it floating on the top. The drinker may choose to stir it all together if desired. While our recipe uses the ratio of 2:1:1, some prefer this drink with a 1:1:1 ratio instead. As a garnish, try grating a little fresh nutmeg over the top.

Cocktail of the Month: Apple Mojito

Cocktail of the Month: Ginger Shandy

9 Apple Recipes to Try This Fall 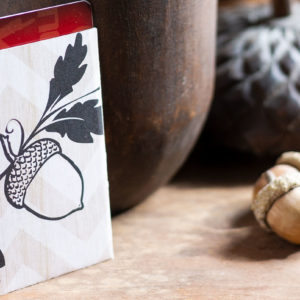 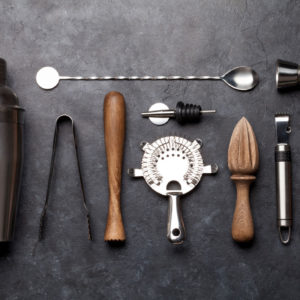