You may not know this, but typically my articles are planned months in advance… and sometimes they are even produced and shot long before they appear here or elsewhere on the web. That is not the case with today’s offering. I made it, shot it, and ate it last night. I had originally planned to post something completely different, but when I saw the bags of cherries in the supermarket on Monday, my mind was changed.

I often forget about them after they are gone, but every time cherries are in season I eat them and think to myself ‘how could something be SO delicious?’ As usual, for this recipe, I bought far more than I would need because I knew that many wouldn’t make it to production day.

The treat today combines cherry’s best friend, chocolate and runner up, almond. Unlike a customary trifle, I substituted the cake with almond biscuits. These light and airy Italian biscuits will soak up the moisture from the cherries very quickly and act a little more like ladyfingers. You’ll most likely find them in the import section of your local supermarket.

The mousse is made with bittersweet chocolate and is light and fluffy, as is the mascarpone whipped cream. The dessert is quite rich so just a small amount per serving should do. The components can be made ahead of time and assembled just before serving. It’s perfect for a summer dessert on the patio.

There are a couple of things listed here that may not be in your cupboard. If you don’t have orgeat you can substitute amaretto here with no problem. The intention is to get a little more almond flavor in the cherries. Orgeat is a great syrup to have around for cocktails, but don’t buy the whole bottle just for this recipe. Licor43, on the other hand, is worth the investment. It’s a wonderful spirit and goes great with Orangina for a dreamsicle-like summer drink. If you don’t have it, you could substitute a vanilla liqueur here or perhaps a coffee or chocolate liqueur.

Treat of the Week: Pumpkin and Dark Chocolate Mousse

Treat of the Week: Hazelnut Haystacks

Get The Most From…

Get The Most From Your Fridge 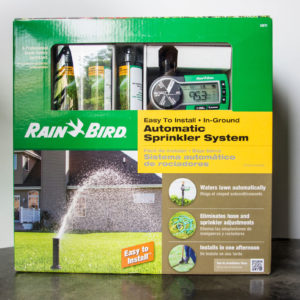